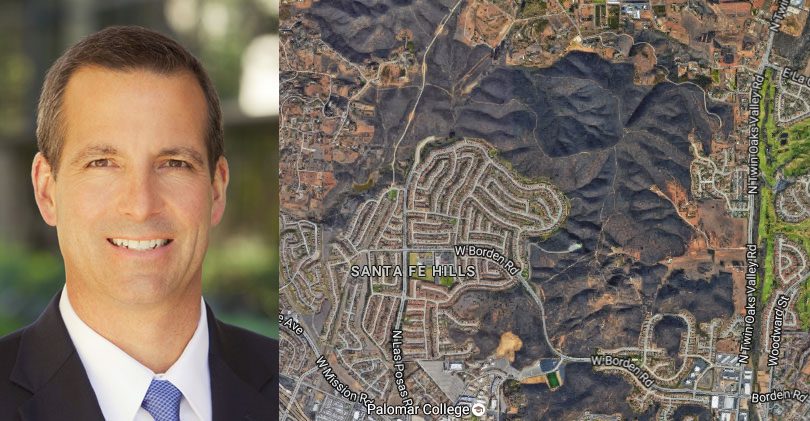 The outcome of the San Marcos City Council’s vote on the Highlands development was a difficult one for many residents of Santa Fe Hills and throughout San Marcos. The development, which has been discussed and planned for many years, touched a nerve in the community about new development and the future of our city. While the Council approved the project, after careful consideration of the many benefits and impacts of the Highlands development, I ultimately voted against it. Here’s why.

First, is the impact on traffic and the lack of meaningful mitigation. While, with the approval of development, the property owner agreed to make a significant contribution toward additional turn lanes on the 78 east and west on-ramps, that contribution is a fraction of what those projects will cost. Additional funding for the on-ramps is not currently identified and there is no timeline for securing the funding or even for starting the projects. This means that the on-ramps will not be in place when the project is completed, and therefore, not able to mitigate any traffic impacts.

In addition, while the on-ramps may provide some relief, the traffics signals at those intersections are controlled by CalTrans and are not part of the fiber optic synchronization of traffic lights that was included as part of the project to ease congestion on Las Posas Road. When the 78 is congested, CalTrans slows cars on the on-ramps, pushing that traffic downstream and clogging our local streets.

Measure A on the November ballot, which would have added lanes to the 78 and fixed the 78-15 and 78-5 interchanges, failed to get the required two-thirds vote, essentially killing any hope of relieving traffic of the 78 in the foreseeable future. Bottom line: traffic on the 78 is only going to get worse, and the impact on our local streets is only going to increase. While this a citywide problem, is it particularly acute in Santa Fe Hills, which relies so heavily on Las Posas as a point of access.

The second reason I voted against the project was the impact on the schools. The letters from the Vista Unified School District (VUSD) and the San Marcos Marcos Unified School District (SMUSD) that were included in the Highlands Environmental Impact Report (EIR) both indicated that there was sufficient capacity at the elementary, middle and high schools that students from the development would attend. However, in the case of VUSD, two of the schools far exceeded the state’s standard for the percentage of portable classrooms on campus. This situation prompted VUSD to state in its letter that “the San Marcos Highlands project will negatively affect the Vista Unified School District and the educational environment.”

In its response to the EIR, SMUSD noted that had capacity at the affected schools, but that it was over-capacity district-wide. However, both letters were written in 2014, which means they do not reflect current capacity, nor do they project the potential capacity at the time the students will be entering the schools. Crowding at our local schools is a real issue – one that needs to be addressed. The Highlands EIR, in my view, did not adequately answer this concern.

While there are times when there is a compelling benefit to the whole city and the Council must make a decision that is unpopular among local residents, this was not one of those times. The project’s benefits did not outweigh the potential impacts.

We do face a very serious housing crisis and we cannot shut our doors to new development. I have actively supported projects that bring new housing options, fit well within our community, and add to our overall quality of life.

While no single development causes and can be, or even should be, required to solve our traffic and school capacity problems, we cannot keep adding congestion to our streets and students to our crowded schools without offering meaningful solutions. The concerns expressed by residents about these issues in the context of the Highlands project were real and deserved to be recognized.

I greatly appreciate the input from everyone who supported or opposed the Highlands project and shared their views with me through email or by attending the Council meeting. Your active participation in our community is what makes San Marcos such a great place to live.