On Sunday, 10/11/15, a 3-alarm fire broke out at Holland RV Centers in San Marcos. About 70 firefighters from the San Marcos Fire Department were able to contain and put out the fire in just over 2 hours. Witnesses heard explosions, which is an indication that propane tanks caught fire and were exploding. The fire started in the RV repair/services building, which was closed and unoccupied at the time of the fire.  As of the writing of this article, an investigation is still underway as to how the fire started. 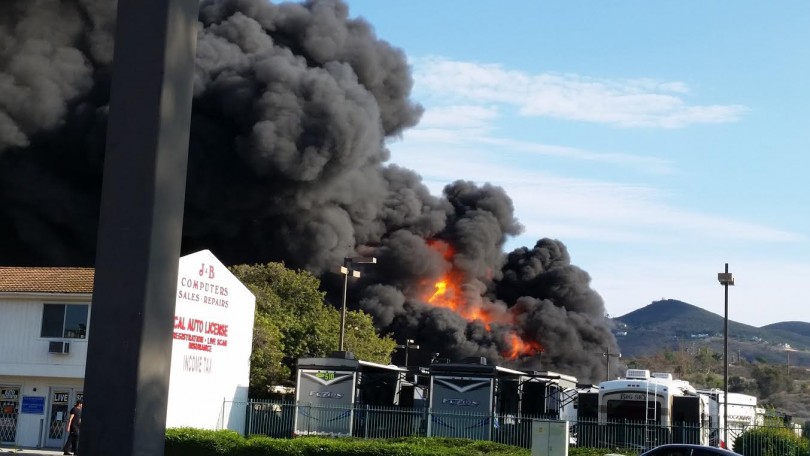 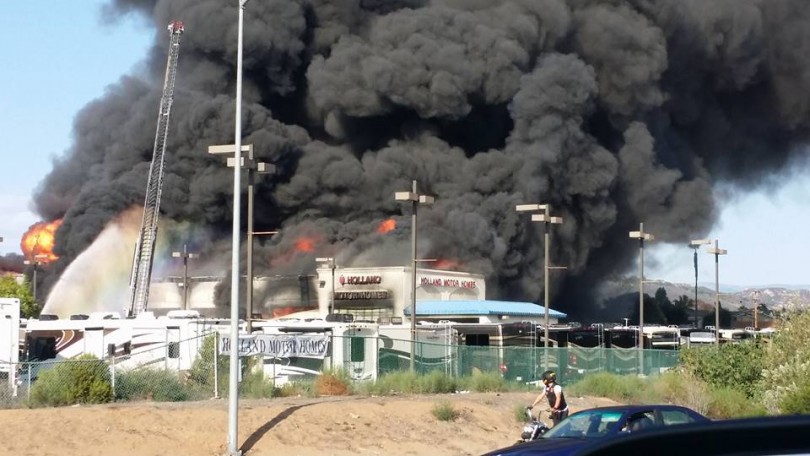 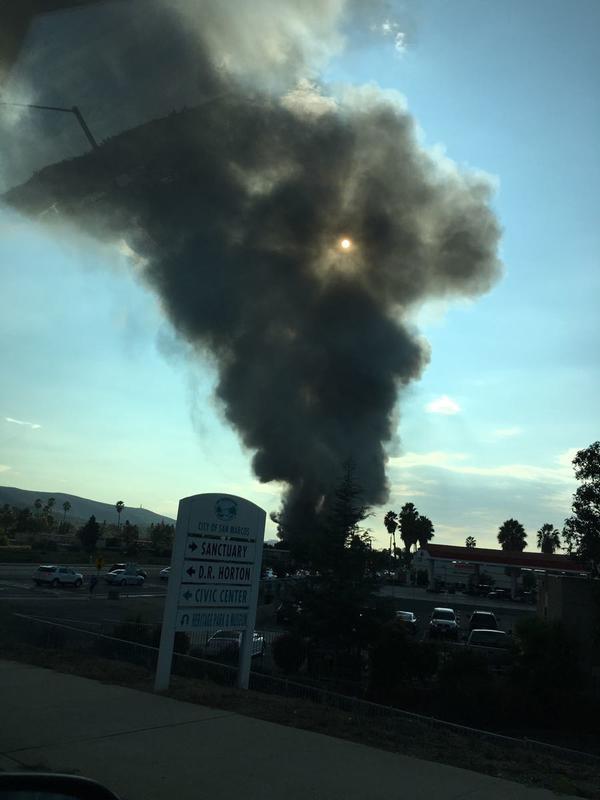 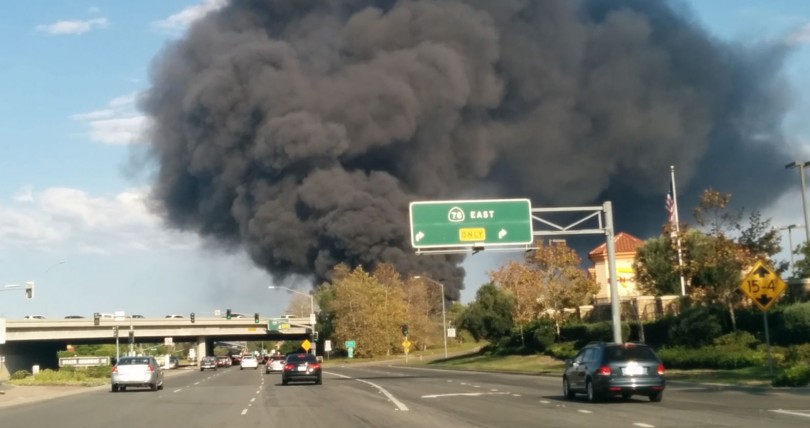 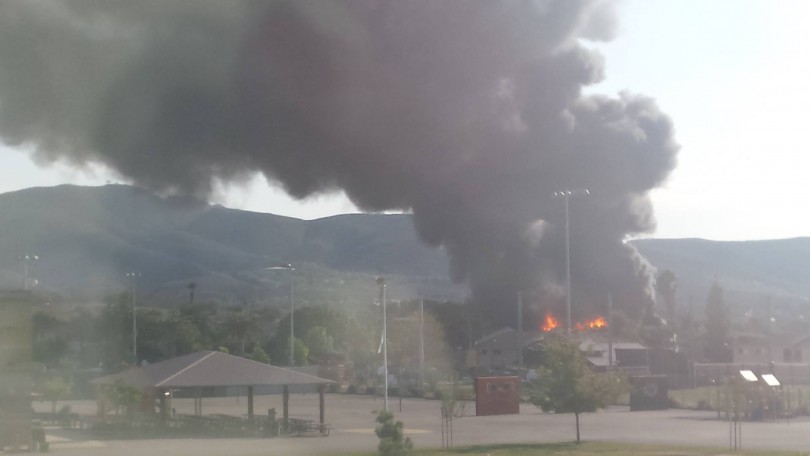 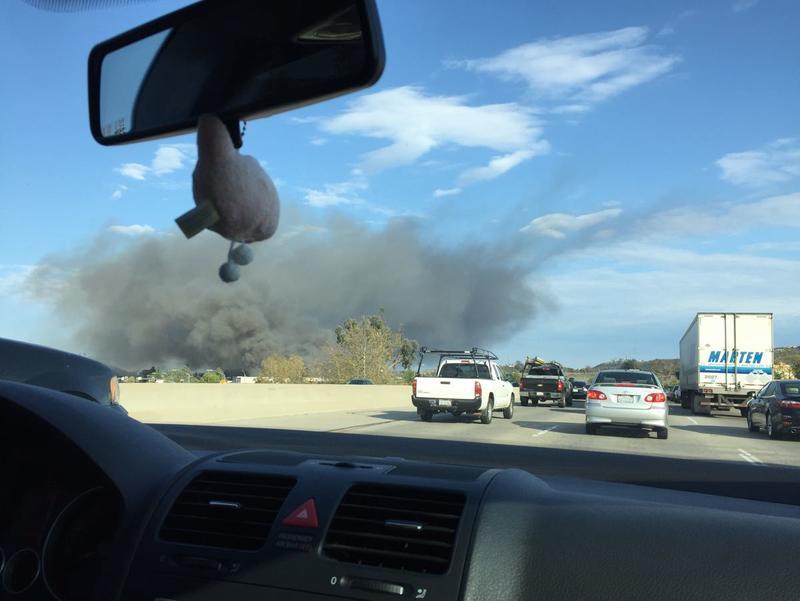 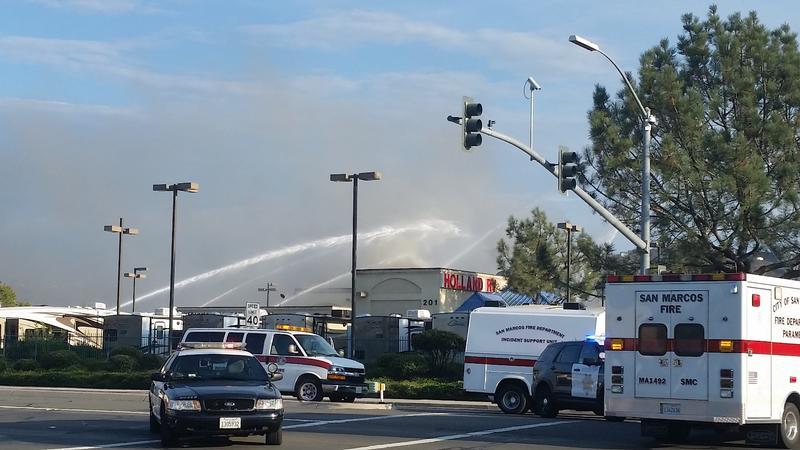 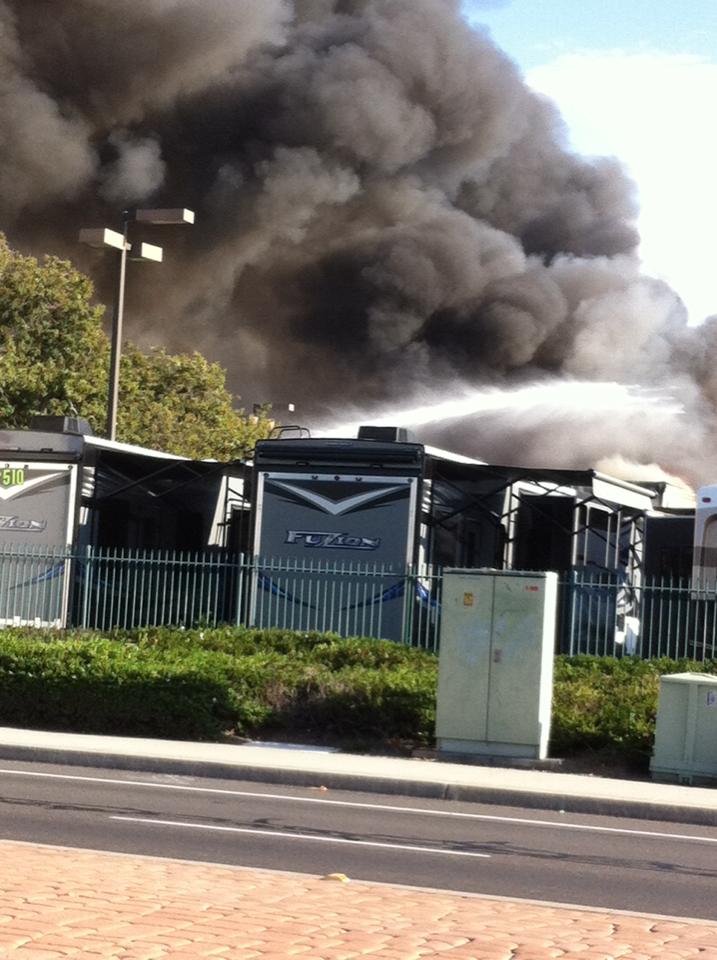 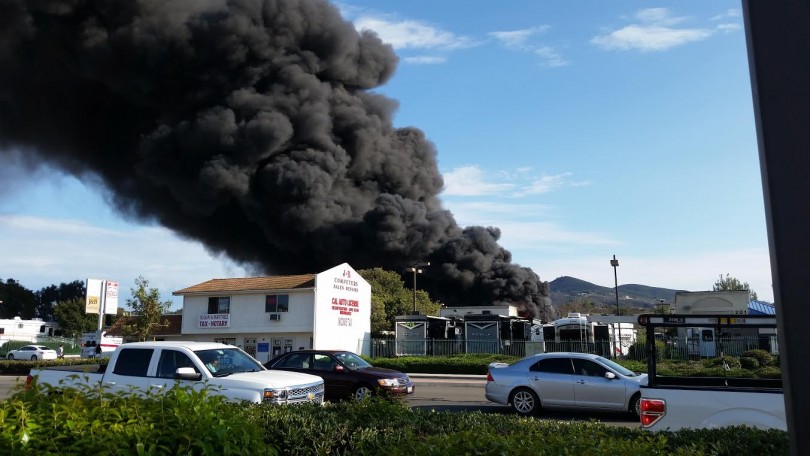 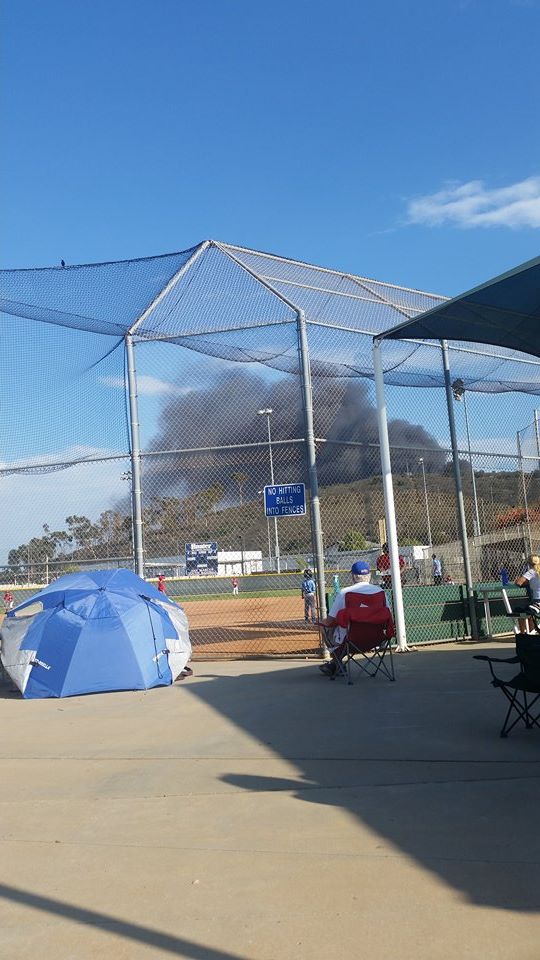 Video captured from above the fire:

Video of fire from the 78 Freeway