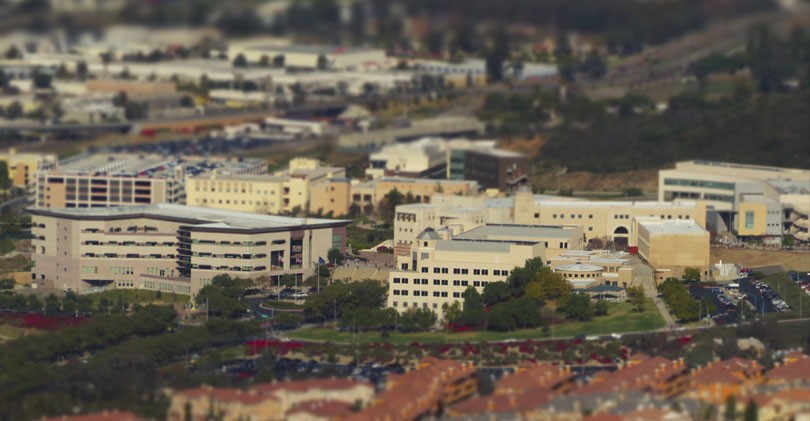 The leaders of the three major educational institutions in San Marcos — the state university, community college and school district — described how expanded educational partnerships, strong enrollment growth and dramatic campus construction have marked the evolution of San Marcos as a regional education hub over the past 10 years at a biennial educational forum Wednesday hosted by the City of San Marcos.

Over that period, the number of students at California State University San Marcos has doubled to about 14,000, making it California’s fastest-growing state university said President Karen Haynes. In the San Marcos Unified School District, from elementary school through high school, about 21,000 students are being taught, up from about 16,000 in 2005, said Superintendent Kevin Holt. Interim President Adrian Gonzales noted that Palomar College offers educational opportunities to more than 23,000 students.

Mayor Jim Desmond described the city’s sponsorship as “a conscious effort to embrace our educational community” with a goal of “providing skills for the workplace of the future.”

With many school board members, trustees, city council members and the general public in attendance, the forum, “Making the Grade: In Just Ten Years,” for the first time was held at the campus of the University of St. Augustine for Health Sciences in San Marcos. The private university, which specializes in graduate training for occupational and physical therapy, expanded to San Marcos in 2009 and also has campuses in St. Augustine, Florida, and Austin, Texas. President Wanda Nitsch moderated the forum.

Partnership was a key theme in describing how the school district, community college and state university work together to encourage and insure that students graduating from San Marcos high schools have a supportive pathway to higher education.

Superintendent Holt pointed out that the Pace Promise program guarantees every graduating senior who meets entry level requirements a spot in the entering class at Cal State San Marcos. “We live in a community that prioritizes higher education for kids,” he said.

President Haynes noted that such a guarantee is increasingly important as the number of applications for the freshman class has continued to go up, making admission more difficult. The current entering class had 19,000 applications for 2,500 slots, she said.

Holt also detailed efforts to reach out to San Marcos high school students through the GEAR UP program with Palomar College to provide workshops on preparing for and getting into college, including help to pay for all SMUSD 10th and 11th grade PSAT tests, an important early round test in the admissions process.

Gonzales noted also that the college is working with the district to help students who take a senior year math course to transition into college algebra.

Gonzales then described the achievements of Palomar College as a “hidden secret in San Marcos,” from its planetarium, the fifth-largest in the state, to its 22 varsity athletic teams, its student radio station ranked as No. 1 in the country, its debate team ranked nationally, and its standing as one of the top three colleges in the nation in graduating Hispanic students.

Haynes, too, touted the accomplishments of Cal State San Marcos in serving minority students, noting that for the third year in a row, more than half of graduating students were the first in their families to achieve a four-year degree.

Over the past 10 years, the most visible accomplishments have been the construction of new buildings, helped with funding from major, voter-approved bond measures for the San Marcos Unified School District and Palomar College.

San Marcos High School, now a modern landmark on San Marcos Boulevard, opened in 2014 and Double Peaks School, the district’s first kindergarten through eighth grade school, is set to open next August. Palomar College is beginning work on a new library and learning center. And a 1,400-seat multipurpose arena now under construction is set to open next fall at Cal State San Marcos.

While school funding has stabilized across the state with the rebound of the economy, Haynes said Cal State San Marcos plans to reach out with its first comprehensive fund-raising campaign. She said that 85 percent of the alumni stay in the region and that the university generates hundreds of millions of dollars for the local economy.

“Cal State San Marcos is now an investment in our region,” she said.

Honing in on the link between economic development and education, Mayor Jim Desmond detailed major developments close to the university and college campuses that are bringing new housing and businesses and continue to interconnect road improvements and SPRINTER transit stations to make the community a place where people can thrive in both education and career.

“San Marcos is a place where you can go from kindergarten to graduate school to employee,” Desmond said. “By partnering together, we are fostering a friendly, collaborative city that embraces our role as the education hub of North County.”