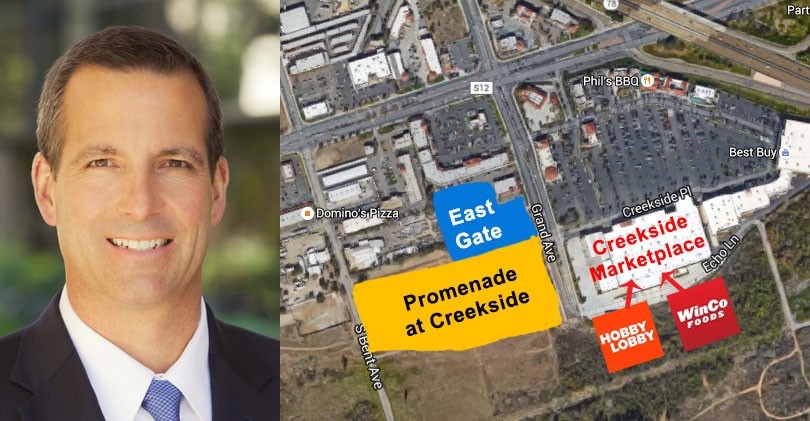 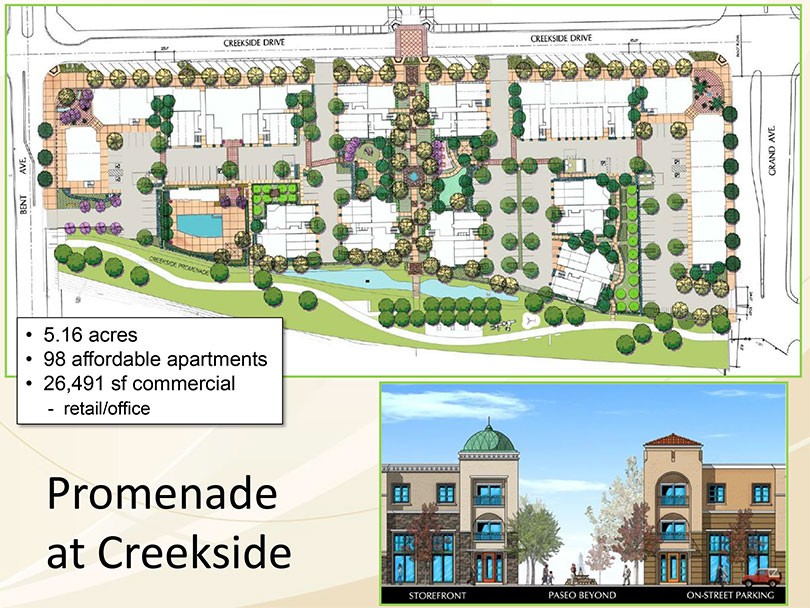 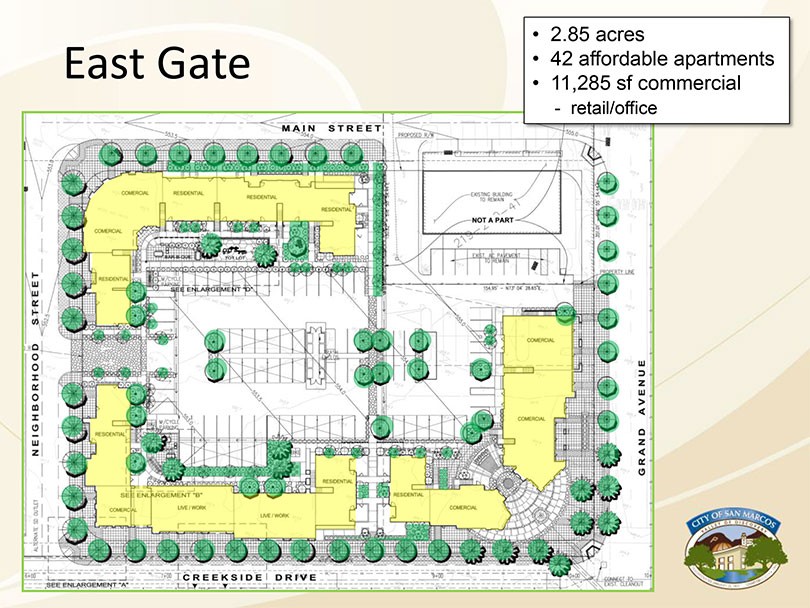 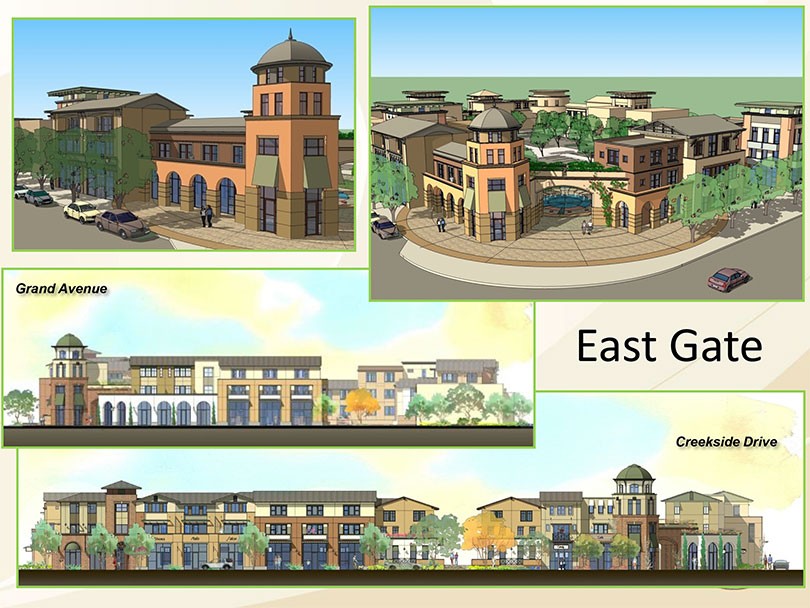 Momentum Builds in the Creek District

A lot is happening in the area south of San Marcos Boulevard that will become the Creek District. The Creekside Marketplace celebrated the Opening of Hobby Lobby in August and WinCo Foods will soon follow in October. Construction is well underway on two new mixed-use housing projects. These initial projects mark the beginning of the early stages of the development of the Creek District, which will begin to take shape in the next several years. Creekside Drive, a new road will that runs parallel to San Marcos Boulevard and connects Bent Avenue and Via Vera Cruz, will be completed in 2016 and construction on two new bridges over the creek will begin. Each of these adds momentum to the Creek District’s development progress.

The city’s renovation of the Creekside Marketplace is nearly complete. The city owns Creekside Marketplace and the Council made the strategic decision to purchase and reposition the building formerly occupied by Lowes. The building’s facade has been transformed into two storefronts with an updated exterior building profile to blend with the overall look and feel of Creekside Marketplace. North County’s first Hobby Lobby, which occupies nearly 58,000 square feet of the building, opened in August. WinCo Foods will open October in a 91,000 square foot portion of the building. WinCo offers groceries, fresh meat and produce, a bakery, bulk food section and deli. With over 100 locations in the Southwest and Pacific Northwest, this will be WinCo’s first San Diego County location.

Promenade at Creekside and EastGate

Promenade at Creekside broke ground in May and the anticipated grand opening is Spring 2016. The first project to break ground in the Creek District, Promenade at Creekside will bring 106 apartment units and 20,000 square feet of commercial space located along Creekside Drive and Grand Avenue directly to the west of Creekside Marketplace. EastGate broke ground in July and is also expected to open in Spring 2016 Groundbreaking was held on Thursday, July 30. EastGate is a planned 42-unit complex with about 11,600 feet of commercial space in the same area along Grand Avenue.

Included in the Promenade at Creekside and EastGate developments is construction of a new road, Creekside Drive, which will run parallel to San Marcos Boulevard and connect Bent and Grand Avenues at the existing dead-end intersection. The new road will include expanded sidewalks and bike access, making the area more pedestrian and bike friendly. The road addition, which is expected to be completed by Spring 2016, will provide an alternative connection to Creekside Marketplace.

The City expects to begin construction on Phase I of the Creek District Infrastructure Improvements in Fall 2016. These improvements will include a new two-lane bridge spanning San Marcos Creek on Bent Avenue in Fall 2016 followed by the construction of a four-lane bridge on Via Vera Cruz. This project will also include the widening of Discovery Street between the bridges, a portion of the Creekside Promenade Park, and habitat and flood protection improvements. Completion of the bridges is planned for Winter 2017 and Spring 2018, respectively. Noticeable construction in the area will begin in Fall 2016.

While the overall Creek District will take many years to fully develop, these early projects signal strong momentum for this new area of San Marcos. 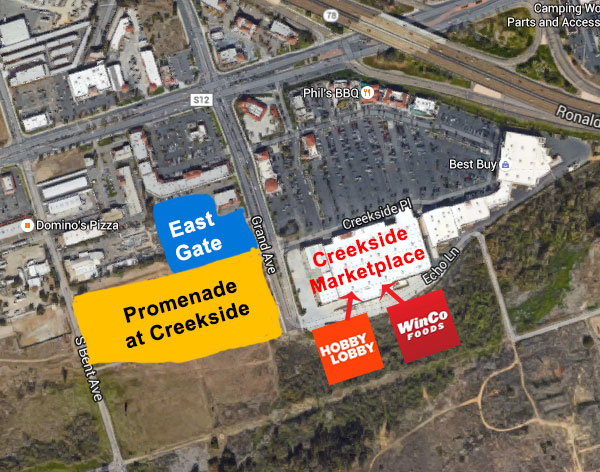