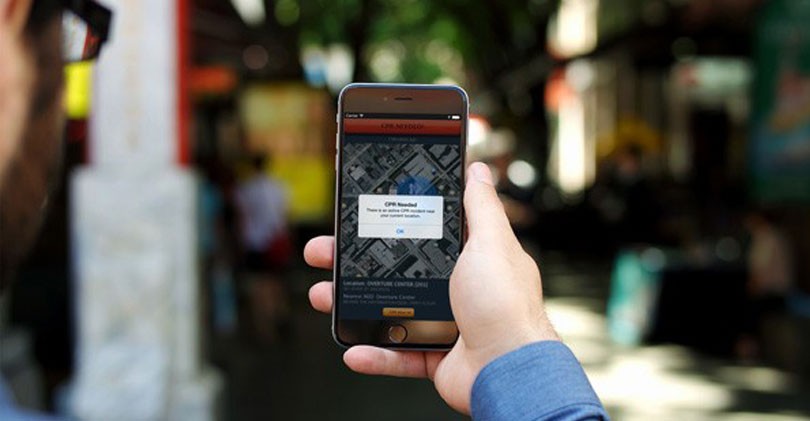 That’s how many people have downloaded and registered for the PulsePoint Respond app in the past year since it launched locally. The app, which is free, lets users trained in CPR know when and where their help is needed.

A second app, called PulsePoint AED, lets users know where automatic external defibrillators (AED) are located nearby. The chance of saving a victim of cardiac arrest doubles when AEDs are used in addition to CPR.

San Diegans are encouraged to get trained in CPR, learn how to use AEDs, and sign up to receive the PulsePoint alerts and respond if needed. Both of the free apps are available through Google Play or the Apple App Store.The American Red Cross, American Heart Association, and San Diego Project Heartbeat provide CPR and AED trainings throughout the year.

The Respond app was launched in July 2014 and the AED app in March 2015 in a partnership among the County, City of San Diego, San Diego County Fire Chiefs’ Association, American Medical Response, Rural/Metro and the Pulse Point Foundation.

More than 1,800 local AEDs are also now listed in the PulsePoint AED app. As part of the crowdsourcing campaign in March, participants competed for donated prizes by using the app to identify both new and existing AEDs to expand the database of AED locations. The effort increased awareness about both apps and resulted in the registration of dozens of new AEDs.

While the campaign is over, it’s still important to register AEDs with PulsePoint AED as it could save the life of someone in need.

“The more users we can add, and AEDs we can register, the more lives we have a chance to save,” said San Diego County Board of Supervisors Chairman Bill Horn. “By working together to introduce and integrate this technology into the community, we are making San Diego a safer place to live.”

“I want to thank all of the county residents who helped us add and verify AEDs through PulsePoint,” said Supervisor Ron Roberts, who led the effort to bring PulsePoint and its sister app to all of San Diego County. “Their efforts are making a difference. Chief Ferraro himself is a great example of how our firefighters are embracing PulsePoint. It’s also exciting to see the two apps bringing the community and first responders together in a joint effort.”

The way the app works is all registered users who are within a quarter mile of someone in cardiac distress receives an alert on their phone asking them to respond. Up pops a map on your smartphone, as well as the location of an AED device if one is nearby.

The PulsePoint app has proven especially popular with emergency responders.

“PulsePoint is something all of the local fire agencies are excited about,” said Don Butz, president of the San Diego County Fire Chiefs’ Association and Chief of Viejas Fire Department. “We’ve encouraged all of our firefighters and paramedics to download the app. It’s our way of always being available to save a life, even when we’re not on duty. I encourage every resident who has CPR training to download the app and join our effort.”