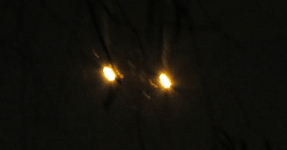 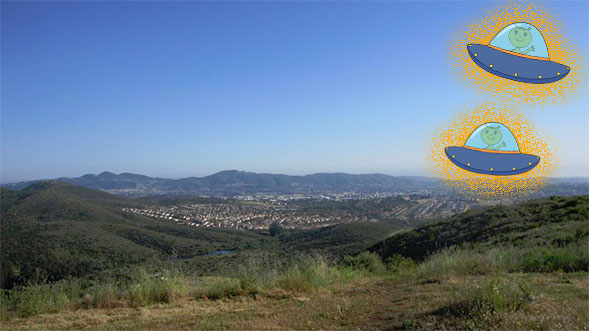 Last night, 8/25, just after 10pm, neighbors throughout Santa Fe Hills began noticing at least two very bright orange flares floating in the sky in the North West direction. Initially, for many, this felt like a freaky/fun UFO sighting. However, being that this was the same direction of Marine Corps Base Camp Pendleton,  it was quickly (and correctly) assumed that the lights were from some sort of military test. 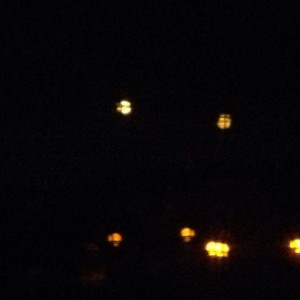 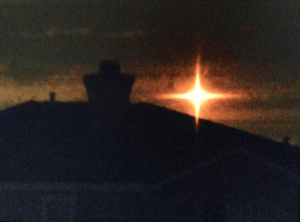 Through the power of social media, neighbors began sharing more info about these lights. First, a video from YouTube  showing a similar flare with the description: “N Battery 5/14 Range-Lat Spread Illumination Spread – This is a Range-Lat spread where we fire 4 guns and time the fuzes so that the rounds function about 800 meters above the ground. The Illum rounds have 1 million candle watt power and each one lights up about 1000 square meters. ”

Next, videos from various news stations were shared from a separate but similar incident on June 19, 2014: CBS Los Angeles, ABC Los Angeles

After a call to to Camp Pendleton, we learned that the lights last night were C130 Illumination Flares. We should not expect to see them again during this current round of testing.