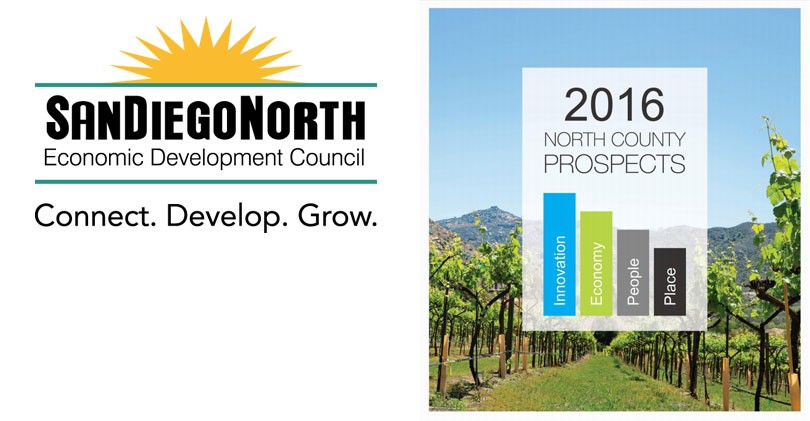 The headliners for the event were, Mark Vitner, Managing Director and Senior Economist for Wells Fargo Securities and Josh Williams, President of BW Research. In additional to these two talented and dynamic presenters, Doug Green, the 2016 California Teacher of the Year spoke to the group about the importance of the innovation in education. Doug teaches in the Carlsbad Unified School District. Following the keynote speakers was an informative panel discussion with regional leaders on the topic of “The Quality of Life Equation for North County: Work, Housing, and Transportation”.

The SDNEDC defines North County as the area between State Highway 56 to the south and the Orange and Riverside County lines to the north. According to the data presented at this year’s Summit, as an economic region San Diego’s North County has approximately 1.2 million residents and 470,000 jobs. The region has a larger population than eight states in the Country, including Vermont, Rhode Island and Alaska, along with more employment than five states including Delaware, Wyoming and South Dakota.

The San Diego North Economic Development Council brings community leaders, elected officials, Chambers of Commerce, EDCs, and businesses together to work collaboratively on improving the quality of life for the greater San Diego region. It provides forums for community engagement by providing opportunities to discuss and be actively involved in current economic development issues, trends and strategies. By spearheading strategic initiatives, policies and programs it seeks to strengthen our regional economy and improve our quality of life.

Mike Sannella serves on the Board of Directors for the San Diego North Economic Development Council, is an elected Board Member of Vallecitos Water District, and resides in San Marcos. 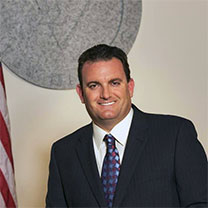