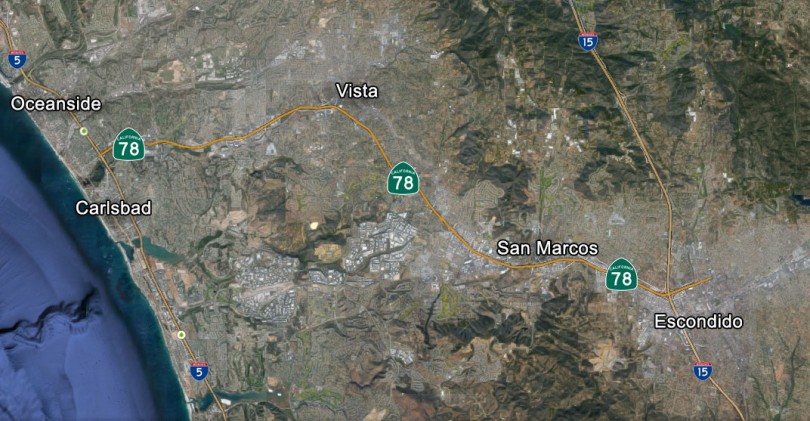 On June 15, 2014, the Mayors of San Marcos, Vista, Carlsbad, Oceanside & Escondido initiated a collaborative strategy to create a ‘North County Branding Program’ to showcase the SR78 corridor’s positive attributes, with the goal of retaining current businesses and promoting new economic development. To discourage competition amongst one another, each city agreed to capitalize on their strengths and similarities to breed, economic benefits, economic developments and economic prosperity to each city along the 78 corridor.

Per the Memorandum of Understanding:

The Cities of Carlsbad, Oceanside, Vista, San Marcos, and Escondido (Five Cities) along the SR78 corridor in North San Diego County, California, wish to enter a new era of regional collaboration to promote and support local economic development. These Cities recognize that collaborating on economic development activities will showcase the SR78 corridor’s positive attributes and offer significant benefits to the Fives Cities and their residents. Furthermore, the Cities also acknowledge that intraregional competition may be counterproductive to regional economic development. While individual Cities want to encourage businesses to locate within their boundaries, they prefer not to do so at the expense of their neighbors.

On April 7, 2014, the North County Sun and other local North County leaders and influencers were invited to the launch of the Innovate 78 brand launch. See video clip. The branding strategy was created by a firm out of Tennessee, in which each city contributed $21,000 towards the $105,000 contract. In 2014, each city split the cost of a $230,000 contract with the San Diego Regional Economic Development Corporation to carry out the campaign. In March of 2015,  each city split the cost of a $60,000 Innovate 78 website.