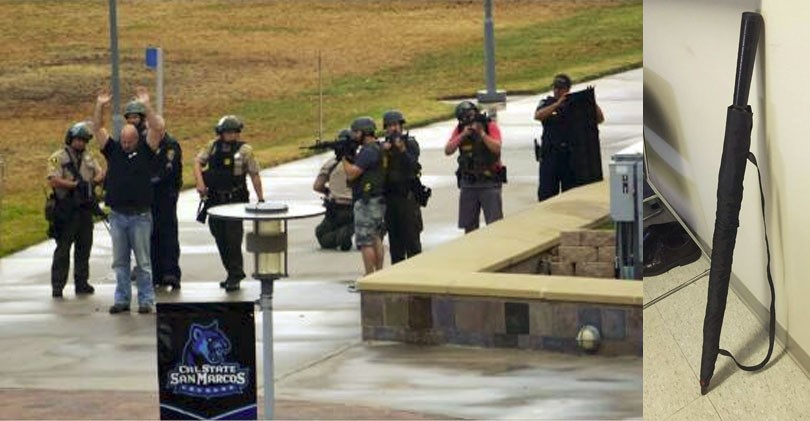 On August 20, 2014 at Cal State San Marcos, a man with an UMBRELLA caused quite a scare! Read below for the full series of events.

You are instructed to shelter in place lock and barricade at your current location. More information coming soon.

CSUSM has issued an all clear. We have made contact with suspect, who was unarmed. Lockdown has been lifted. 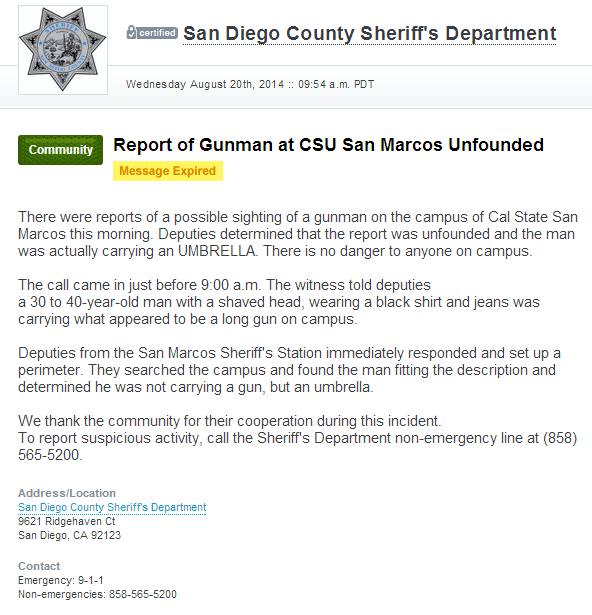 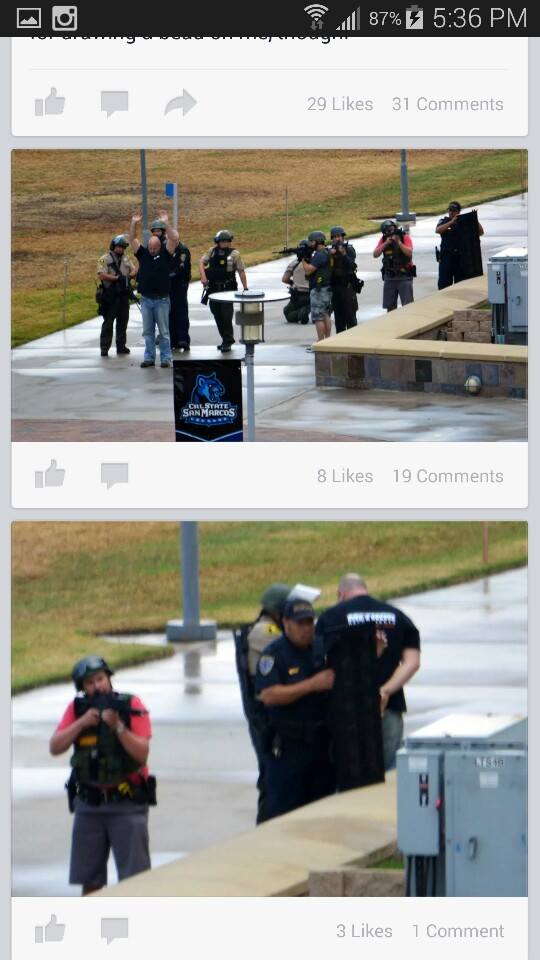 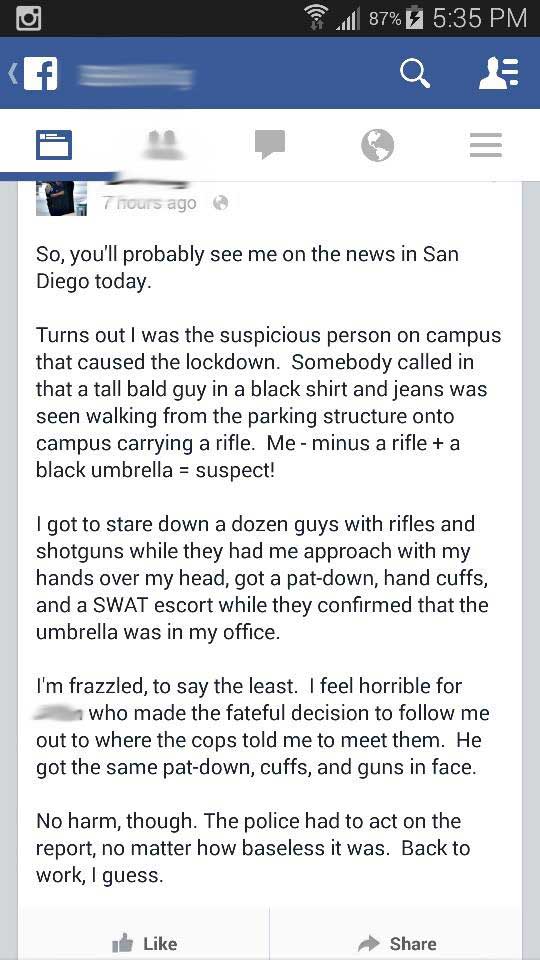 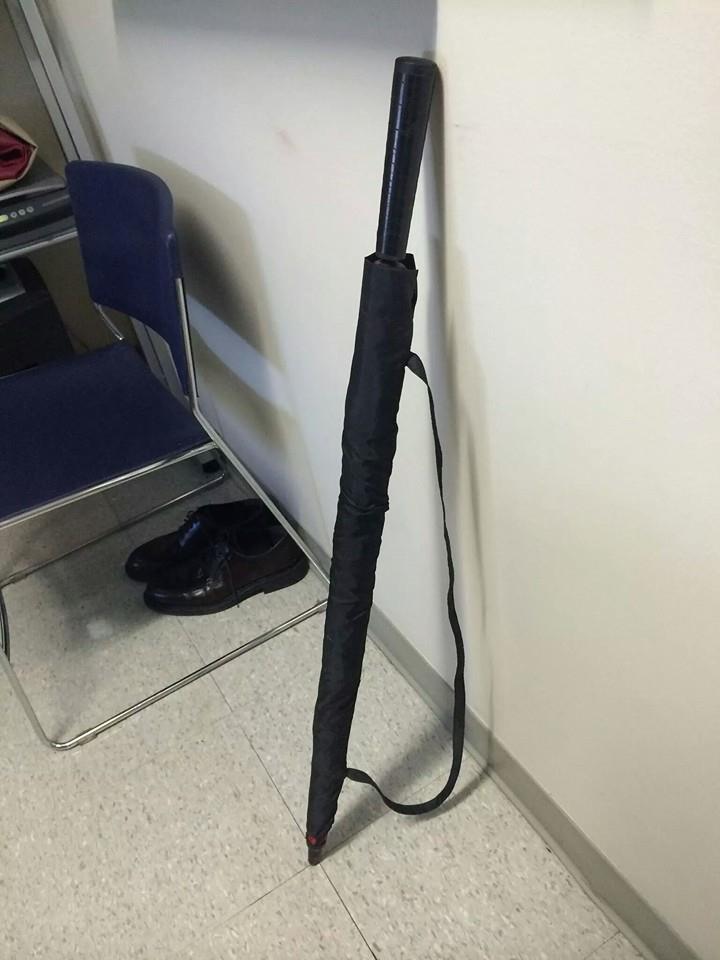