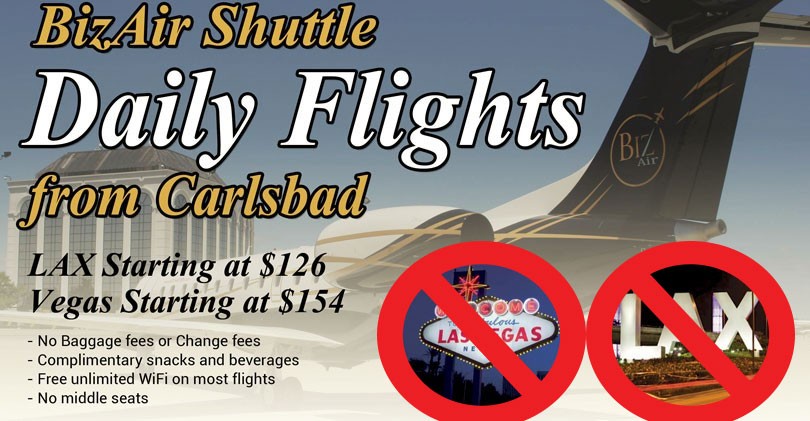 ORIGINAL POST 7/16/2015:
Carlsbad McClellan-Palomar Airport will now begin offering a jet shuttle service to Las Vegas. Starting July 30, 2015, flights to Las Vegas will be limited to Thursdays, Friday and Sunday, but will expand if there is demand. BizAir Shuttle began service at McClellan-Palomar Airport in June, with shuttle service to Los Angeles (LAX), and currently offers flights on every day of the of the week.